In our local club meetings when someone asks about using queen excluders, you can almost hear the collective sigh in the room.

The conversation sometimes turns to whether queen excluders are "honey excluders" or not.

I've heard others say that bees "aren't that lazy" and will push through the excluder with ease and fill the supers without problem.

Of course one potential downside of not using an excluder at all is that the queen could potentially go up into the supers and lay brood.

I don't own any excluders myself, so I've never had experience with them. Not because I'm against them, it's more of an "I was too cheap to buy them and hadn't really decided if I wanted/needed them yet" type of thing.

In several cases I've placed supers on hives and the nectar flow came on so fast/strong they filled them before the queen had a chance to get into them and lay eggs. 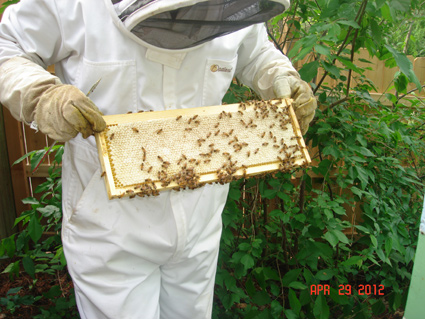 In other cases, the queen did sneak up to them and lay brood in a few frames, and I've had to wait to extract until they hatched, and the bees filled and capped the cells with nectar.

So I'm left with a feeling of it's kind of a personal choice, and results may vary.

I'm hoping for an interactive conversation on this topic, with lots of opinions and experience, so don't be shy!