This weekend we extracted the honey supers from the bees for the final time this year.

This spring we had a great honey harvest and even the early summer harvest was good for a couple of hives that started as splits.

However, our summer was dry and not very productive, so supers that were on the hives since the early spring harvest didn't refill as quickly as we've seen in previous years.

The stack of supers from all the hives piled up into one tower below looks really impressive, but they were each less than half full. 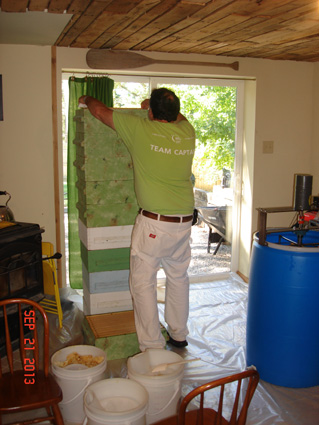 Uncapping and spinning down the frames didn't take long and we were done in just a couple of hours.

Garrison found his way downstairs just in time for him to perform "his part" and open the honey gate. 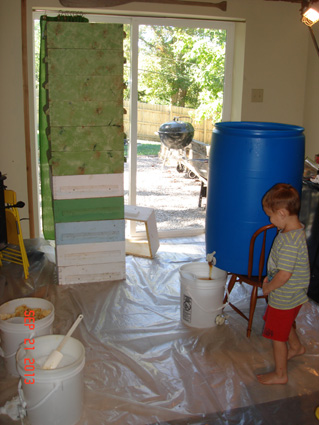 I just love the dark amber color of fall honey. I like how much honey there seems to be flowing into the hives in the spring time, but darker fall honey is my favorite. 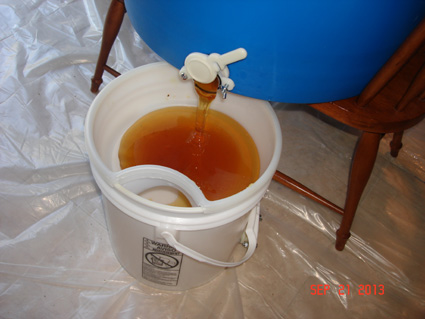 When we were all done and cleaned up, we extracted 87 pounds which filled 6.75 gallons. 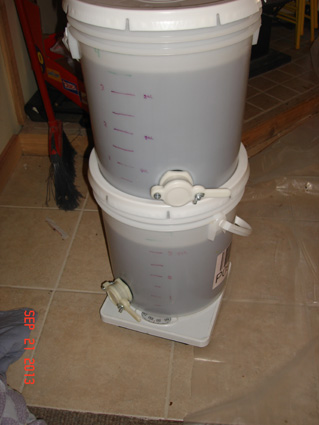 We also harvested a bit of wax cappings and plenty of propolis as we cleaned up each box after extracting the frames. 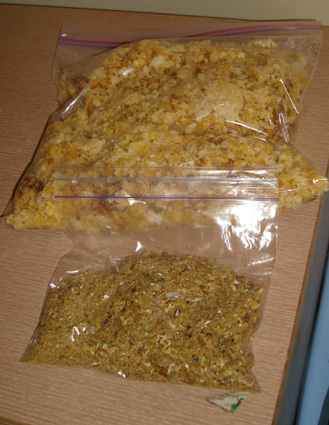 The following day we bottled the honey into a combination of quart, pint and half-pint jars. This week we're going to take several jars over to our friend Tom who lets us keep some hives on his land as a 'thank you'. 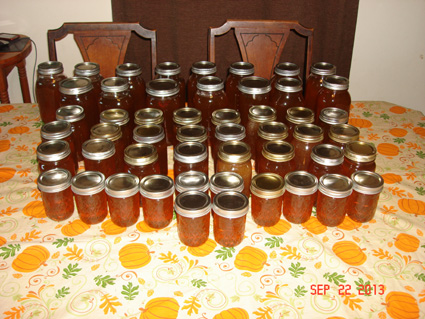 This year's total honey production is: