Have you ever gone grocery shopping, gotten the items you bought into your car, made it all the way home and as you're heading inside to unpack have the unthinkable happen. You drop a bag only to hear the too familiar sound of something break.

Oh sure the handle on the bag could have snapped or the item might have  been slippery to hold, but something definitely broke because you can see a puddle forming on the ground.

It could have been the dozen eggs or a glass jar of pickles or even the bottle of ketchup. 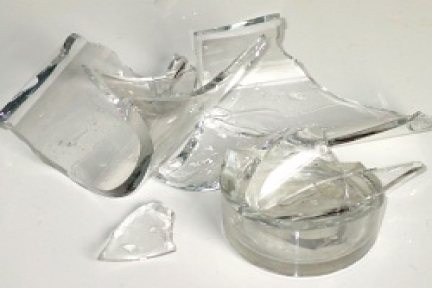 I never stopped to consider what the producer of those items would have thought though. Until this summer.

On two different occasions this summer I had customers who bought jars of honey (we bottle ours into clear mason jars) and called hours later asking to buy a replacement jar as they had dropped theirs after making it home.

I suppose it wasn't until I had produced and sold a product myself that I had gained a different perspective when a jar of any type of product was broken.

I certainly wasn't upset, but instead I was surprised to discover a new perspective: a view from the producer's side of the producer/consumer system where normally I am, for the most part, a consumer.