You Were Right, There I Said It

As I was pulling frames from supers this weekend to extract, I found a surprise waiting for me in the Purple/White hive's super. 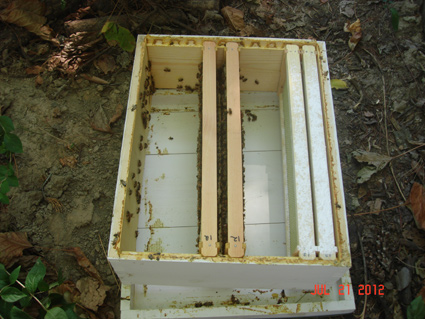 Here's a quick recap of the last 4 weeks with this hive:

I made an artificial swarm to keep this hive from swarming.

After selecing 3 queen cells I wanted them to use, they tore them down and made more.

Then after they tore them down, what looked like a litlte prematurely to me, I gave them a frame of eggs.

They started making emergency queen cells with the frame of eggs. I thought, "Oh silly bees, you shouldn't have torn down your previous queen cells, but at least you're making more now."

Now, today as I was pulling fully capped frames of honey from the hive's super, I came down to the last two frames.

They weren't fully capped, at least not with honey. 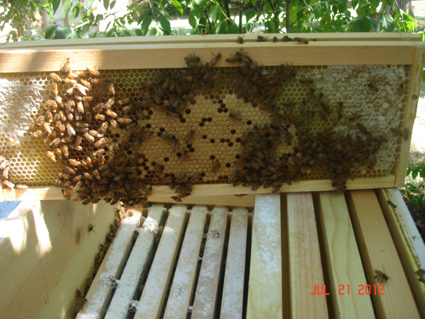 That's right, obviously one set of the queen cells had succeeded, because by the calendar, it's too early for the frame of eggs (and verbal abuse) I gave them last week to have produced a queen, mated, and produced capped brood.

"You were right".
There I said it.

As it stands now, all 3 hives at home are queenright.

While I was a little saddened these two frames wouldn't be going into the extractor, I was excited to see they had a new queen, who was mated, and laying a great pattern of brood.

I suppose it just goes to show that the bees really do know best, and if left alone from human intervention, they'll survive on their own.