Followup To Queen Excluder Use

Three weeks ago I bought my first set of queen excluders (you can read about that decision here).

This weekend I went back into the hives to check and see if the queen did stay below the excluder and if the brood that was in the super frames had emerged.

When I opened the top super I was relieved to find that plenty of worker bees were walking around the frames. I had feared they would be trapped and not be able to squeeze through the exlcuder. I suppose I had nothing to worry about.

I pulled the supers all the way off, exposing the queen excluder and saw they built some burr comb above and below the excluder, which I figure was to act as a ladder and help them to grab onto the bars and pass through. 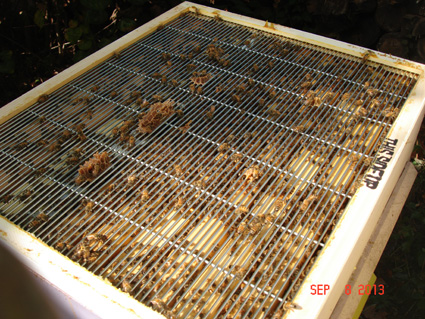 What I was really interested in was pulling one of the super frames that had brood in them for the last several weeks. 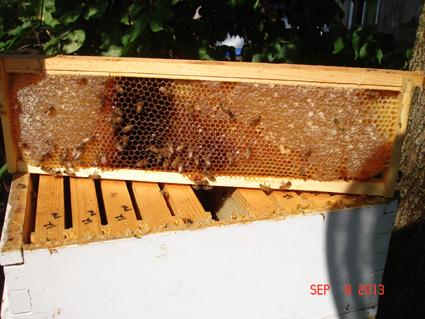 I pulled frame after frame from the supers and they were all free of any brood. In fact, the bees were backfilling the frames with nectar from a small flow going on right now. It's been so hot and dry for several weeks, where it's coming from I'm not sure.

The uncapped honey measures betwen 19-21% moisture right now. I'll give them another week or two and then pull the last of the supers for the year, extract them and store them for winter.

I'm glad to know the queen excluder did it's job and kept the queen below the supers, but I think I'll continue to operate without queen excluders during the spring and summer and only use them as a technique to clear the supers from brood (if needed) during fall right before winter storage.